Ian Hunter and the other Noine*

this article submitted by Mark Bloomstein from Boston Partymakers.

In the words of should be "Sir" Ian Hunter, if you have stumbled upon this Stagehands Massage Blog, "Ello, ello, ello.". Each month I will post 10 tunes, new or old that I think are worth a listen. We will start off with the amazing Mr. Hunter.

Ian Hunter is best known for leading the glam rock band, Mott the Hoopie, in the 1970's, and having a hit on one of David Bowie's best songs, All the Young Dudes.  This song with it's immortal closing remark of, "Hey, you with the glasses", is something I related to all to well as a 12-year old with big, black, Mad Men glasses with coke bottle lenses. 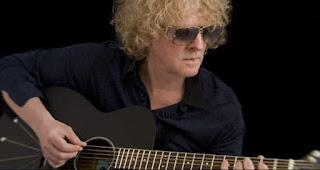 Ian had a second career as a solo artist in the mid to late 70's thru the early 80's, partnering up with David Bowie guitarist Mick Ronson to put on a series of blistering live shows and writing songs that became hits for Great White (Once Bitten Twice Shy) and even Barry Manilow (Ships) along with the theme to the Drew Carey Show, Cleveland Rocks.
This creative period culminated with one of the best albums of the time, You're Never Alone With A Schizophrenic (something I know all too well thanks to family history on my father's side, thank you very much. My mother figured this out one day when she was driving in the car with my father and he started muttering to himself and she said "Mowie, who are you talking to?". He then looked at her and said "They don't want you to know."

This post Mott period of the 70's was so strong that Ian's number one fan, Def Leppard lead singer Joe Elliott put together a fantastic tribute album called Joe Elliott's Down N Outz, My Regeneration where he sings Hunter tunes and other songs by post Mott the Hoople alumni from that era.
For an Elliott interview about Ian...   http://bestclassicbands.com/joe-elliott-ian-hunter-11-17-16/
Once Mick Ronson left Ian Hunter, he went into a creative funk until re-emerging in 1995 with the solid Dirty Laundry and it's follow up Red Letter Days. Then in 2001, at the age of 62,he put out the spectacular Rant album, which has been followed by one amazing album after another culminating with this years release of  one of his finest records, Fingers Crossed (at age 77!). What ever kind of deal with the Devil this guy has made is fine with me because what he is doing during his senior years is pretty much unparalleled in Rock and Roll history.
Here's a couple of tracks to check out from Fingers Crossed. The title track and Bowie tribute Dandy...

Counting Ian as one track (math was never my strong point), here's a quick hit of 9 other songs/links you will definitely love if you are lucky enough to have the exact same musical taste as me...

Hank Wangford...the harmonies on this are so good they should be illegal or if they make the ballot, decriminalized.

Vintage Trouble are a band with a sound more than songs who take everything to another level live. If you  wanna see a band work a festival crowd like no other check out this Glastonbury footage......

The Record Company....Like Vintage Trouble this is a band with a sound more than songs who put on a spectacular live show with echo's of blues icons like John Lee Hooker and 70's stalwarts like the Allman Brothers, Vintage Eric Clapton and even Foghat. This is a band you want to catch hen they come to you town (and they will). Here they are on Conan.

Christine and the Queens. The number one thing I love about this french chanteuse is that she is beyond quirky without piercings, crazy clothes, tattoos or any of the other usual rock and roll visual accoutrements.

Miley Cyrus  In case you haven't noticed Bob Dylan songs tend to sound a lot better when someone else is singing them and this Miley Cyrus version of Baby I'm in the Mood For You is no exception.

Wolf Parade  Great to see them back together, maybe one day they will be filling the arenas they so deserve to have filled for them.

Tommy Womack A rock and roll history lesson from the musical treasure that is Tommy Womack.

Ron Pope  There is no American atist putting out better music than this guy. This is one of 50 songs by him I could list for you.