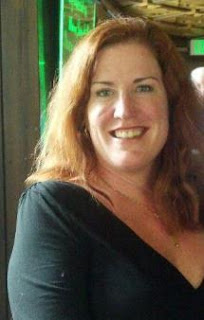 Margaret Rankin joined The Hands That Rock in July 2015 as director of business development and corporate sponsorship. She also works with music tour bookings for Stagehands Massage. Margaret comes from a background in business development, corporate communications and media in the UK, the Americas, Europe and Asia.

Before coming to us, Margaret worked with the Business Council for International Understanding in New York to implement U.S. Trade & Development Agency contracts. She also consulted for the Washington Post and the Glover Park Group in Washington, D.C.

In 2013 and 2014 Margaret was director of business development at The Webster Group, a D.C. event-planning firm. While there she wrote the proposals that won $2 million in contracts and worked on the production of events including the Congressional Medal of Honor Convention in Knoxville, TN, and the first visit to Washington of Indian Prime Minister Narendra Modi.

Margaret moved to the East Coast in 2012 from Denver, Colorado, where she was director of communications and marketing for LeashLocket, Ltd. and consulted for Fruition.net, an SEO firm. In 2009 and 2010 she was director of media and public relations at Kamalaya Wellness Sanctuary & Holistic Spa on the island of Koh Samui in Thailand.

Previously Margaret was communications manager at Kingfisher, plc in London, and communications manager for Thames Water in London until it was acquired by Australia’s Macquarie Group. Immediately following the sale she consulted for a year with the Corporate Relations Europe division of Diageo at the company’s London headquarters.

Margaret transferred to Thames Water from its parent company, German utility RWE, where she was a press spokesperson at the company’s headquarters in Essen. While there she worked in corporate communications and wrote speeches for public and company figures including then-Prime Minister Tony Blair and  the CEOs of RWE and its UK subsidiary npower.

Before moving into corporate work Margaret was a journalist, serving as managing editor of Italy Daily, an International Herald Tribune collaboration with Corriere della Sera in Milan; as a political editor at the English edition of the Frankfurter Allgemeine Zeitung in Frankfurt, Germany; as a desk editor at the Washington bureau of the German Press Agency, dpa, and as a reporter at The Washington Times, also in Washington, D.C.

Margaret earned her B.A. in Humanities from the University of Colorado at Boulder. In 1999, she was named an Arthur F. Burns journalism fellow by the International Center for Journalists. She speaks fluent German as well as some Spanish and French, and lives in Rhode Island.
Posted by Unknown at 2:04 PM 2 comments:

The Hands That Rock Gives Back

The Hands that Rock supports a great number of charities dedicated to a variety of causes. This past month, with the help of Stage Hands Massage and Celebrity Massage For U, our organization had the privilege to help out several great organizations including the Love Hope Strength Foundation, the Boys and Girls Club of Palm Springs, Ozark Mountain Youth Organization, and the Chillicothe Middle School's Booster Club.

The Love Hope Strength Foundation is the world's leading rock and roll cancer foundation and it works to promote awareness and outreach through music. This organization has done a fantastic job at engaging the public and encouraging people across the globe to sign up for the International Bone Marrow Registry. 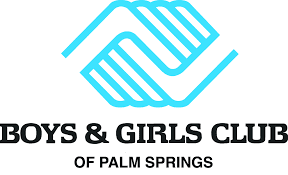 The Boys and Girls Club of Palm Springs is a terrific nonprofit organization in the greater Palm Springs, California area. This organization is dedicating to enabling children and teens, especially those who need it most, to reach their full potential as caring, responsible citizens through supervised after school, summer, and winter programs.

The Ozark Area Youth Organization serves children ages 5-18 through athletic opportunities in order to produce healthier, happier and well-adjusted citizens. These activities are designed to nurture physical fitness, self-confidence, the ability to follow directions, and a healthy competitiveness through interaction with team members and coaches.

To DONATE or see the other organizations we support, visit The Hands That Rock
http://www.handsthatrock.org