Posted by Unknown at 6:47 PM No comments:

The Magic of Montreal 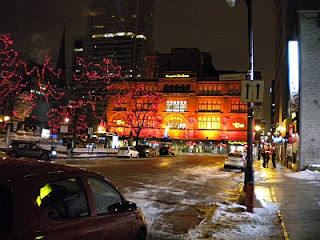 While most families head south to escape the harsh New England winter to bask in the sun for a minute...my family decides to head north to enjoy artic-like conditions in Montreal, Canada!  But, there is something magical about Montreal in winter.   The most striking aspect of the city was its vibrancy in all aspects of culture, architecture, demographics, street character, connectivity and the life of the city...even in winter. 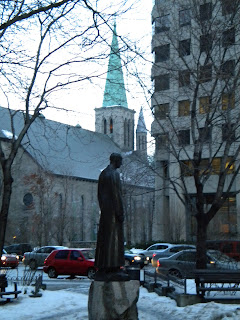 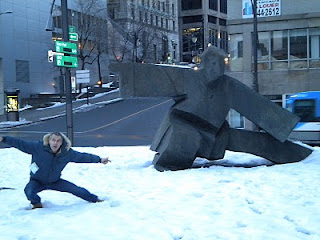 I personally  LOVED Old Montreal which lies along the St. Lawrence river and is a tribute to the cities romantic past. Horse and buggies chauffeur tourists down the cobblestone streets, and along the riverbank are the museums and attractions of the Old Port.  Since it was during the holidays, 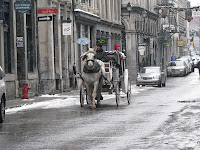 the snow-covered streets were flanked by lighted trees, and the restaurants and cafes were decorated in holiday garb, with their rich aromas filling every nook and cranny of the narrow streets. 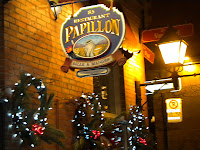 In Old Montreal I satisifed my need for "tourist shopping". We each bought a funky animal hat that made us look like we needed to be wearing "animal crossing" signs on our backs.   I also purchased Canada's popular maple tea, and ice-wine tea for my friends back home. 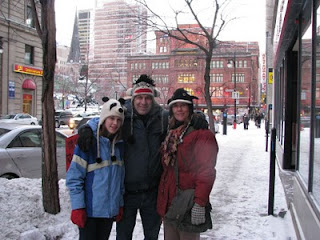 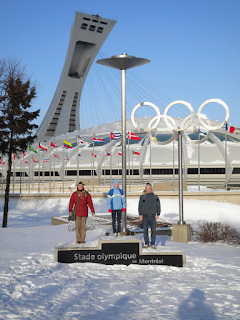 The Summer Olympics were hosted in Montreal in 1976.   If I remember correctly, the Canadians failed to win one gold medal at those games and on their own soil.   The Olympic Park is now home to a variety of sanctuaries.  An animal sanctuary, an insectoriam, and botanical gardens.  (my favorite). 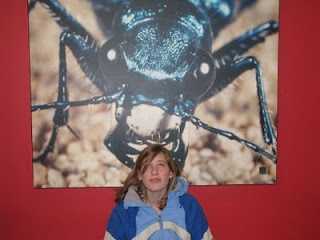 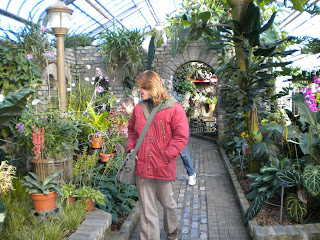 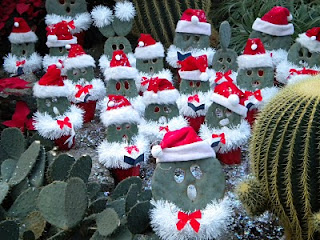 In the center of town, a block from the hotel, we visited the underground city which stretches over 18 miles and links offices, department stores, restaurants and cafes, subway stations, and rail and bus terminals.  This was a great place to get out of the blizzard conditions for awhile. 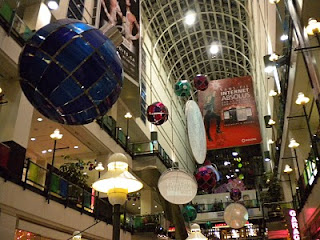 I would love to go back to Montreal in the summer.  They host festival after festival...and even though we all know I'm in it for the music, they also host film, art , comedy, and cultural events! I'm in.
Posted by Unknown at 5:36 PM No comments: